Back 4 Blood is one of the most awaited releases of this year. The expectations were relatively high because it has been regarded as the “Spiritual Successor” of Left 4 Dead. Left 4 Dead was highly successful, and a lot of games after that tried to imitate the style of the game. Therefore, it is quite natural that when the same team develops Back 4 Blood, almost after a decade, people expect a lot from it.

In Back 4 Blood, the story is not very complicated to understand. The world is in huge chaos because the parasites attack the world and take over the human bodies. You and your three friends are now trying to clear the mess by killing the zombies and protecting a few remaining human settlements. In this game, the Zombies are named ‘Ridden,’ and the Players are called ‘Cleaners.’ Like Left 4 Dead, Back 4 Blood is also thrilling and exciting.

The basic story and gameplay style are pretty similar to other survival games but what made this game unique is the addition of the Cards. The Card System is new in this game. The Active Cards and Corruption Cards are the two types of Cards you encounter in this game. Cards play a very significant role in Back 4 Blood. These cards can make the difference between life and death when you are in a dangerous situation. So, when you are choosing a card, be careful with it. Before starting the game, you have to select a deck of cards that contain several perks such as better accuracy, increased health, low damage, one-hit kill, etc. you can choose some cards from the set at the beginning of each level. These are the Active Cards. Now, once you are done choosing your cards, the AI system of the game will select its cards to counter your cards and stop your progress. Those are the Corruption Cards.

The core gameplay mechanics are pretty the same, but the guns are outstanding this time. You can find dozens of different guns and other weapons throughout each level, and all the weapons have their own unique features that are important to make progress in the game. For example, while shotguns and snipper riffles give massive damage, the light machine guns and assault rifles can wipe out an entire gang of regular zombies. There are plenty of things like medkits, bandages, painkillers, pipe bombs, and certain types of guns you can buy through Cooper. In this game, guns have limited ammo. You have to be careful while using the ammo cause once the ammo is finished, you’ll be in danger until you find ammo again.

In the case of the zombies, they are only dangerous when they come in groups. But the Special Riddens, like the monstrous Ogre or Breaker, who resembles Tank from Left 4 Dead, or Hag, is quite dangerous cause they have their unique powers and can damage a lot of health with one attack. But you can manage difficult situations with good teamwork and with the help of the cards.

Besides the Campaign Runs, the game also offers PVP, which is not that good to play; it is a little bit unbalanced. So you can avoid that part. In PVP, though the Cleaners perform as usual, the Riddens are not up to the mark. It shows there is still some place to improve in the game.

Currency is a new addition to this game. You can get the Coopers here and there all over the world of Back 4 Blood. These coopers can be used in the safe house, where you’ll get the marketplace chests to buy essential items like medkits, bandages, or weapons. These things you can get here and there throughout the game. Therefore, the currency is not that vital thing, but it is a good addition.

Another thing to complain about the game is its solo mode. In solo mode, the game doesn’t allow the players to get Supply Points to buy things. Back 4 Blood is indeed a multiplayer game that one should play with friends, but if someone doesn’t want to play with friends, he can’t enjoy the game alone because the game won’t allow him all the features in solo player mode.

Last but not least, Back 4 Blood characters are worth mentioning. They have their unique abilities and funny lines. They compliment and contrast each other wonderfully that it will be a pleasing experience in the game.

Though Back 4 Blood has some bugs that don’t feel very pleasant while playing the game, its other qualities are up to the mark to qualify as a good game. Its graphic quality, gameplay quality, weapons are outstanding. Therefore, you can say that Back 4 Blood is as good as Left 4 Dead was.

To sum up, Back 4 Blood is a great return from Turtle Rock Studio to the zombie genre. The game perfectly captures the popular elements of Left 4 Dead while introducing new mechanics like the card system and special ridden to make the title interesting. This is a must-play title for any fan of zombies or FPS lovers. A zombie game doesn't get any better than this. We give the game a solid 8.5. 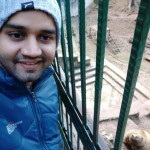 The matchmaking is flawed, but the game is great. Easily a 4 star or more.

Your Review is appreciated

How to Change Camera Angle in NHL 22

Call of Duty Modern Warfare II is coming on October 28

EA is Looking for a Merger With Another Company

How to Get Merciless Iron Weapons in V Rising

How to Beat Quincey the Bandit King in V Rising