After updating to the Windows 11 version KB5013943 cumulative update, users are facing some kind of error in which when they are launching an application it automatically crashes and it shows the error code oxc0000135. This particular update was released on May 10th with the May 22 patch and it included the fixes for some of the vulnerabilities and bugs and it was also a security update. This update included a fix for a bug that is causing the.NETFramework 3.5 apps to not open if they use the Windows Communication Foundation(WCF) and the Windows Workflow(WWF) components.

Microsoft applied this particular update in order to fix a few errors which were happening with the .NET application but in turn, it introduced a few more new errors and dislike the one we are discussing here is the application crashing with the error code 0xc0000135.

The applications that are affected because of this particular vary from user to user but some users have reported a few names of the applications which include  Proton VPN, PowerShell, Event Viewer, Sound Blaster Command, Visual Studio, Discord and many more like this.

When users are trying to open some of these applications, Windows 11 just displays an error stating “The application was unable to start correctly(0xc0000135). Click  OK to close the application.”

If you uninstall the Windows 11 KB5013943 update the problem is resolved but it leaves the device unprotected against the new threats that are gonna come up with an outdated system.

But there is a way to fix this particular issue I just have to ensure that the .NET 3.5 Framework is enabled or you have to reinstall it.

In order to fix this you can go to the Control Panel > Programs > Turn Windows features on or off and make sure .NET Framework 3.5 which includes .NET 2.0 and 3.0 and along with the Net Framework 4.8 Advanced Services are checked as shown in the image below.

If the above fix does not work then you have to uninstall the .NET features from the control panel and then reinstall them again to perform the repair process.

Lastly, if nothing works then you, unfortunately, have to uninstall the KB5013943 update. However, we wouldn’t recommend you to uninstall the update as it will leave your device and protect it from future threats. 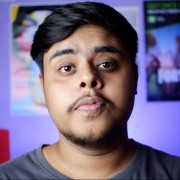 The RTX 3090 Ti is Selling Below MSRP

How to Obtain Soul Shards in V Rising