Wildlands is a third-person tactical shooter that was released in March 2017 as part of the decades-old Ghost Recon franchise.

The open-world title, based on a fictional version of Bolivia, spans several terrains such as mountains, salt flats, and even deserts.

While the game was praised for its large open world and visual fidelity, it was also panned for being empty and repetitive. Many people complained about stats not appearing or being reset after a server outage in May of this year.

To compound matters, Ghost Recon: Wildlands players are now reporting receiving a Ribera-40002 error message and being unable to connect to the server.

Some players tried configuring their routers and forwarded ports, others turned off overlays, and a large number of players tried reinstalling the game, but nothing seemed to help.

Thankfully, Ubisoft Support has responded, stating that the developers are aware of the Ghost Recon: Wildlands issue, in which many players are receiving the Ribera-40002 error message or are unable to connect.

They did not, however, provide an estimated time for the bug fix. With some reports dating back months, we hope Ubisoft resolves the issue as soon as possible so that Wildlands players can play the game.

So, in this Guide, We will cover everything we know about this error and possible fixes suggested by users on popular platforms such as Reddit, YouTube, etc

A Redditor has suggested a workaround that may assist you in resolving the ‘Ribera-40002’ error code issue. You can see it down below.

For now, This is the only temporary fix and would ask every player to try out this fix mentioned by the Redditor above until we get an official update from Ubisoft.

“you do still need to be online for a minute or two before this will work otherwise you run into another long-term issue where it prepares session for a minute.” (Source)

While there is no guaranteed fix to resolve the error as it’s mostly a server-side issue, some users are reporting certain things that fixed the Ribera-40002. One fix suggested by a user on our YouTube channel is to hard reset the Xbox Series X. A few of them did this and were able to play the game without any issue for several hours. You can also hard reset the PS5, so that’s a fix you can try.

It’s not just the Ribera-40002, there are a bunch of other error codes in the game such as 38002, and Guaya 00027. Regardless of the error, if it’s a connectivity problem the issue is with the servers.

Also Read: Fix Warzone Crashing on Startup with No Errors 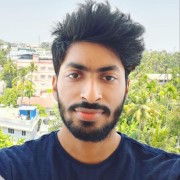