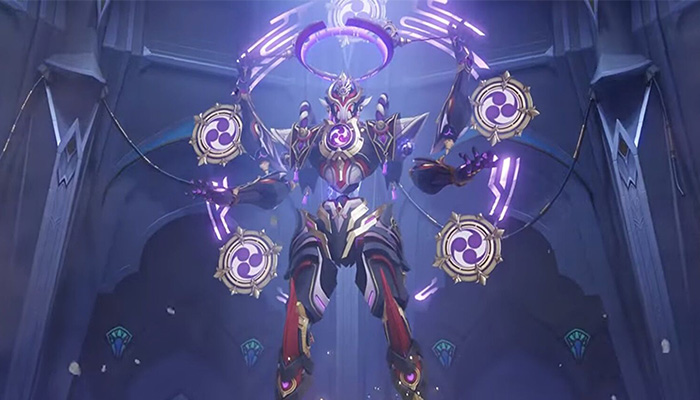 Layla is the latest new character from Genshin Impact and she’s a 4-star shield support unit. She’s on par with and even surpassing Diona in terms of her shielding abilities and one of the reasons is because of her use of Shield Strength. Shield Strength is one of the stats that all playable characters have a dedicated row for- but for most characters, this space is left blank. In this article, we explain what Shield Strength actually means, how it works and how you can use it proficiently on your characters.

Shield Strength Isn’t What You Think in Genshin Impact

Most players, even veterans assume Shield Strength means stronger shields across the board. But then that doesn’t explain why every playable character has a dedicated row for Shield Strength and this is where things get complicated.

Shields in Genshin Impact have their own HP. Think of them as your character having a secondary HP bar. When Shields lose all their HP after tanking blow after blow, they break. The amount of HP a shield can tank depends on the character creating that shield. It usually scales off of Max HP but for Noelle, it scales off of DEF.

Shields formed by Crystallize reactions scale off of EM and the level of the character causing the Crystallize. Additionally, the DEF stat also influences the perceived strength of a shield. DEF doesn’t increase the HP of the shield- it instead reduces incoming DMG for that character. The more DEF a character has the less DMG a shield will take from the same enemy attacks.

Say for example you have the Retracing Bolide artifact set equipped on your shield support character. The artifact set provides a 35% Shield Strength bonus as its 2pc effect. If you put the 2pc set on characters like Diona or Noelle, it doesn’t mean their shields will be 35% stronger across the board for all characters protected by that shield. It just means that for these specific characters, when they are protected by a shield, that shield will absorb 35% more incoming DMG.

The Retracing Bolide was thus only viable for DPS or sub-dps Noelle and Zhongli who can be used as DPS units while using their own shields. This set isn’t meant for a quick-swap support shielder role as when you cast the shield and switch to your DPS character, you will lose that 35% increased DMG absorption.

The Tenacity of Millelith is thus the ideal shield-support artifact set as its 4pc bonus grants bonus Shield Strength to all characters protected by your character’s shield. This is also the reason why Zhongli and Layla are such strong shielders as they both incorporate giving Sheild Strength bonuses to their fellow party members.

Where to Find GPU Locations in Warzone 2 DMZ

How to Increase Shiny Odds in Pokemon Scarlet and Violet