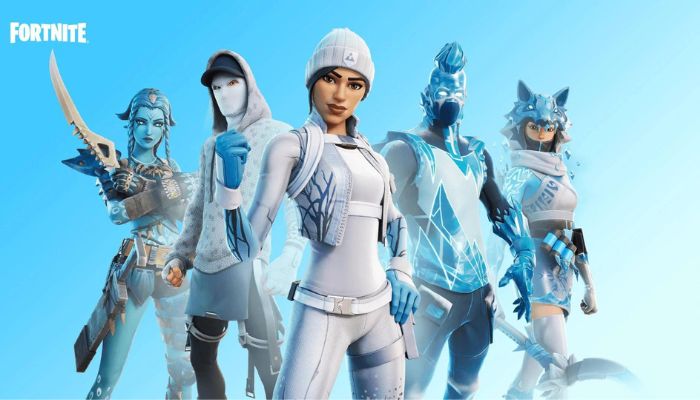 Fortnite is one of the most-played Battle-Royales worldwide. It has a stable fanbase, and since 2017, it has never lost its fanbase; instead, it is increasing with every new Season and update. Fortnite Chapter 3 Season 4 was launched only a few days back, on 18th September 2022, and has already got an update three days back. The new update has introduced lots of new content to the game, but in this guide, we will discuss about the Holo Chests and their location.

Holo Chests Location in Fortnite Chapter 3 Season 4- Where to Find?

If you have been playing Fortnite for a long time, you are used to with different types of chests in the game. The game used to have Standard wooden Chests, Supply Boxes, and Legendary Chests every chapter and Season. When the new Chromed Theme season came, the developers introduced the Chromed Chests to match the game’s theme. Now the new update has brought another type of chest: Holo Chests.

The Holo Chests look different than other chests, and players can’t open them randomly as they open the other chests. The Holo-Chests are made in a pattern of vaults, and players need to have keys to open the chests. Without keys, they won’t open. Even you can’t break them. Keys are randomly found in the game as ground loot, or from the chests, or killing an opponent.

Every Holo Chest has a Hologram of a weapon. This is the reason, they are called Holo Chests. There are Standard, Legendary, Epic, and Exotic weapon chests available in the game. Among them, except for the Exotic one, all other Holo Chests required one key to open. The Exotic Holo-Chests require two keys to open. These Chests have reduced the dependence on the NPCs to get Exotic weapons.

If you are looking for Holo Chests in Fortnite, they can be found randomly all over the map. For example, you can find them in Cloudy Condos, Greasy Grove, Chonkers Speedway, Rocky Reels, etc., almost in every other location. However, they are mostly found outside Gas Stations and Stores. These Holo Chests don’t contain lots of loot inside; instead, they only have the weapon you can see above them. So, players can also select which chest to open and which weapon they will get.

That’s all you need to know about the locations of Holo Chests in Fortnite Chapter 3, Season 4.

How to Check What GTA 5 Version You Have