There are a ton of scary video games out there, but these upcoming ones right now will bring the spooks. As more and more horror fans search for things to play in the genre, it’s important to know what new titles have crept their way into existence. Here’s a list of top upcoming horror games in the Year 2022.

MADiSON is a first-person psychological horror game that delivers an immersive and terrifying experience. With the help of an instant camera, connect the human world with the beyond, take pictures and develop them by yourself. Solve puzzles, explore your surroundings and most importantly, survive.

Vade Retro is a 4 player PvP exorcism game. Play as Demon and make your opponents go through hell, or join the exorcist team by choosing a specialty to save victims from the devil’s grip in this action-packed experience.

SCP: Secret Files is a collection of paranormal cases from the SCP Foundation, an organization tasked with containing abnormal activities. You join as an assistant researcher for Dr. Raymond Hamm. Make it through a strenuous induction program that will make you question everything you know.

Having completed your degree in mortuary sciences, you have taken on an apprenticeship at River Fields Mortuary. Over the past several months you have logged many hours aiding the Mortician in daily tasks along with learning the ins and outs of the embalming process as well as how to properly handle and care for the deceased.

Over your time at River Fields, you have heard rumors of families bringing their deceased loved ones believed to be possessed or otherwise entangled with the paranormal to this specific mortuary to put to rest. But, with such a stigma around death and what happens when we die, it’s no surprise people make up stories about the dead.

Perform embalmings, handle the various jobs around the mortuary, and exorcise demonic forces. All in a day’s work.

When the sun goes down on the last night of summer camp, nine teenage counselors are plunged into an unpredictable night of horror. The only thing worse than the blood-drenched locals and creatures hunting them is the unimaginable choices you must make to help them survive.

Matthew had a good deal up his sleeve: going to the meeting with his contact at that old roadside motel, closing the deal, and living the high life. What at first sounded as easy as strolling through the woods will turn into the longest and scariest night of his life.

Matthew wakes up in shock in an unfamiliar place. He remembers the night drive, the stops to get gas, and the arrival at the motel’s parking lot. He knows he is at Night Soul Motel but has no idea how he got to the bathtub in room 104.

Matthew’s priorities change radically and from that moment on his only motivation will be to get out of that strange place, but a terrifying presence will prevent him from doing so.

Now Matthew has to use all his ingenuity to get out alive of this terrifying motel.

Witching Hour is a horror story that takes you out of your family home and across the quiet town of Hollow Hills. Your fate depends on making difficult choices, your relationship with your family, and confrontations with the matriarch of the town’s affliction with witchcraft, Lucilia.

This is a first-person story-driven psychological horror game. Delve into this dark and strange world with an investigation officer from Roam to find traces of lost memories and fulfill your destiny.

Explore a decadent hotel across different timelines and uncover the dark history of a fanatical cult and your role in their plans.

LEVEL ZERO is a tactical online first-person horror game where survivоrs must repair the space station and defend themselves with various devices, while a team of monsters must prevent the station from being repaired, or neutralize all survivоrs using their telepathic powers while avoiding light.

Daniel inherits a suburban house from his estranged grandmother. The day he moves in, he meets a mysterious girl who seems to know a lot more about the house in which he now resides. As the night progresses, the dark secrets hiding in the house are slowly uncovered by Daniel.

Nemesis: Distress is a multi-player-focused game with a hidden traitor aspect, as well as shooter and survival elements. Players will play through 40-minute scenarios, trying to fulfill their secret objective and survive.

Marissa Marcel was a film star. She made three movies. But none of the movies was ever released. And Marissa Marcel disappeared. An interactive trilogy from Sam Barlow, creator of Her Story.

Autopsy Simulator is a story-driven mystery with simulation elements. Step into an eerie dissection room to perform realistic corpse examinations, which will lead you to solve disturbing cases and face horrors – both supernatural and those of your past.

The Bridge Curse Road to Salvation

Fear, anxiety, and laughter are the symbol of youth. Experience the true paranormal haunting with your friends from the first-person perspective and stay alive. The Bridge Curse: Road to Salvation is an adaptation of a horror film, that includes Taiwanese urban legend and an intriguing backstory.

Choose between good and evil and fight for your life in VHS, a thrilling 4v1 asymmetric action tribute to the 1980s horror era– where small-town teens face off against terrifying monsters brought to life from the aisles of a 1980s video store.

Become Saidah, a mother in search of her abducted child. Venture through the morbid streets of the last city on a dying planet. Challenge a repressive regime under which your whole life is determined by which social caste you belong to.

Set on Jupiter’s moon Callisto in the year 2320, The Callisto Protocol is a next-generation take on survival horror. The game challenges players to escape the maximum-security Black Iron Prison and uncover its terrifying secrets. A blend of horror, action and immersive storytelling, the game aims to set a new bar for horror in interactive entertainment.

Looking forward to these horror video games? The boys and I are too, so go ahead and leave any comments below if you want to chat about them. 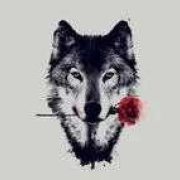 Suryakant Ojha
I am a passionate PC Gaming guy who is also a Gaming YouTuber . I cover all the latest PC game titles ranging from AAA to small Indie level. Recently , I have also started covering VR Games . Current , I am working on a gaming startup of mine.
Previous

Where to Locate Spirit Ash Lhutel the Headless in Elden Ring