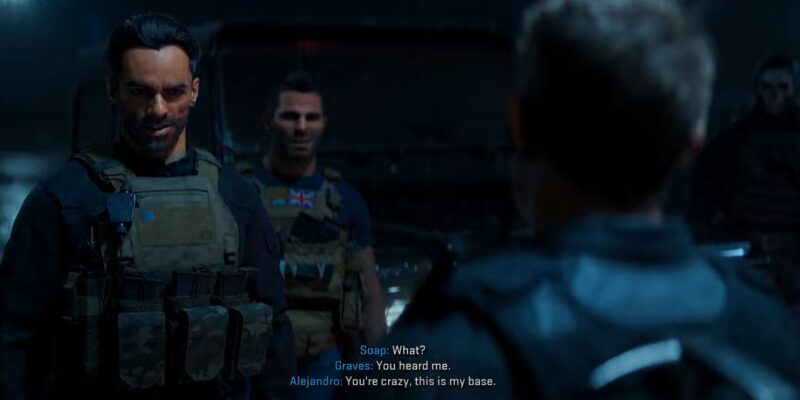 The early access version of Modern Warfare 2 campaign is finally live, and players can join in to play the missions. There are a lot of rewards in store that you can get hold of in the campaign-length game. Players might be wondering how some of the missions go in the game, or might be stuck somewhere, which is why we have tutorials for each mission. In this guide, we will take you through the process of how to complete the Alone Campaign Mission in Modern Warfare 2.

How to Complete Alone in Modern Warfare 2

Modern Warfare 2 will have you completing Campaign Story Missions, and Alone is one of them. You will need to play as the protagonist Soap for this quest, which is the thirteenth mission in the game. Like one of the previous missions, this one also takes place in Las Almas.

Read Next: How to Get the Union Guard Blueprint in Modern Warfare 2

This is a fairly long mission, which begins on the streets of Mexico. Answer Ghost over radio as you survive alone, hurt and unarmed. Sneak behind cars and buildings to avoid being detected. With the items you find, you will be able to craft weapons to defend yourself.

Make some Pry Tools to open the door, where you will need to meet up with Ghost. Make sure to collect all the materials that you can find along the way. Enter the La Dulce store and collect Chemicals and Wax to make a Smoke Bomb.

You will come across Binding, Trap and Explosives, with which you can craft a Mine. Finally, at the crossroads, you will find a Knife to take out guards with. Now you have a gun, looted from their bodies.

You will come across a green door that you should not use. Instead, enter through the window. Loot the building and enter the Coffee Shop next to it. You can find the safe code on the calendar. After collecting some more items, move down the alley and enter the El Libertino bar. Upstairs, you will be able to recon the area. You can make a Molotov with Oil, Bottle and Binding.

You can see the church in the distance, which is your destination. Use the alleyway and you will find an M4. Immediately afterwards, you will be ambushed but Ghost will cover for you. You just need to survive. Take a vehicle and cover each other until you get to the pickup truck, which ends the mission.

On completion, you will get the reward of the Base Operator Reyes. Note that if you haven’t completed the previous mission Dark Water, you won’t be able to access this one. You can find a tutorial for it here: How to Complete Dark Water Mission in Modern Warfare 2.