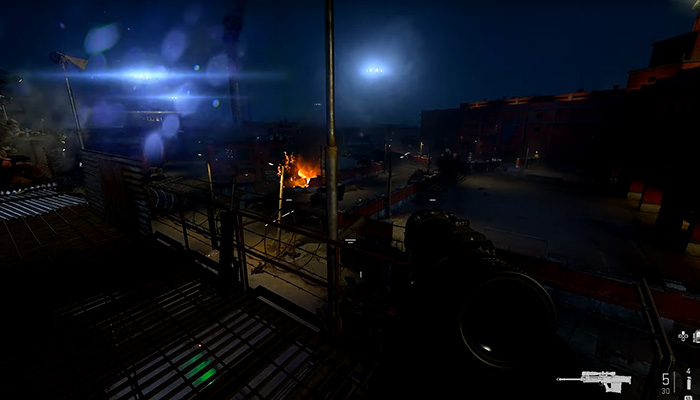 Modern Warfare 2 has launched and the game is amazing; however, a lot of players have been complaining of issues like the MW2 crashing, bugs in missions, and some other connectivity errors. Fortunately, the bugs are just glitches that can be resolved. We have competed the game and did not encounter any bug in the game that would stop you from the game. Sure, you need to try a few fixes, but eventually, you do get around the bug. One of the most reported bugs in the Modern Warfare 2 prison break bug.

In the Prison Break mission, the Shadow Company has captured Alejandro and you with Ghost and one other are going to rescue him. At various points in the mission, you are required to climb ropes and for most players, that’s when the bug appears. Players are unable to go above the rope and hence, cannot progress through the mission.

However, before you go ahead and restart the entire mission, try this. When you have climbed the rope and destroyed the second vehicle. On the right, there is a room – a watch tower room with a lot of weapons. Go and hide in that room. When everyone has gone down the rope except Price, run like hell or you will be sniped and go down the rope.

So, that’s it guys. All you need to do to fix the prison escape mission bug is to restart the mission and you should be good to go, check out the game category for more guides and tips to play MW 2 campaign.

How to Complete the Campaign Mission Alone in Modern Warfare 2