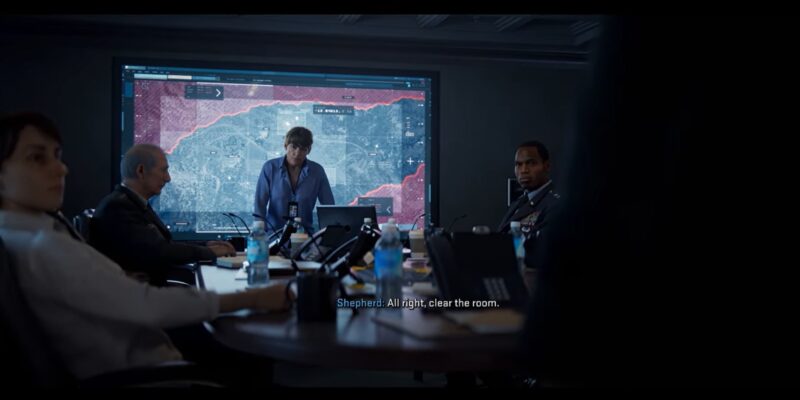 Call of Duty: Modern Warfare 2 is out on early access after a long wait. There are 17 missions that players will be able to enjoy in the game, one of which is called Wetwork. In this guide, we will take you through the process of how to complete the Wetwork Campaign Mission in Modern Warfare 2.

How to Complete the Wetwork Mission in MW2

The Wetwork mission follows the Kill or Capture campaign mission in Modern Warfare 2. If you haven’t completed the previous mission, you won’t be able to access this one. You can find a tutorial for it in the link below.

Read Next: How to Complete Kill or Capture Mission in Modern Warfare 2

This is the third Campaign Story Mission in Call of Duty: Modern Warfare 2, which is set in the city of Amsterdam. You will need to play this one with the protagonist Gaz. On completion, you will get the reward of a 30-Minute Double XP Token. Let’s see how to get this done quickly as possible.

The mission is called Wetwork, and aptly, you will be introduced to the new water combat mechanics in Modern Warfare 2. After the briefing cutscene, you will find yourself in water and need to swim out towards the first pier you see. You are armed with a throwing knife, and will need to take out targets immediately.

After clearing the enemies, swim underwater for silent killing. Use your pistol to shoot your targets from underwater, and they won’t know what hit them.

Make your way to the pontoon for your next set of enemies. There are targets around the dock including the Patrol Boat. It’s a good idea to be discreet, so if you’re caught by anyone you can go underwater to escape their line of sight.

Once Captain Price has opened the doors with his lockpick, you will need to get to the sidewalk and enter the Barge. There are some important items such as Flashbangs in the shelf inside, and you might want to grab those.

The last step is to find the bedroom in the Barge, and take down the last enemy. Interact with his body to search it, and you will get the final cutscene for the Wetwork campaign mission. Check out our other mission guides.

Can you Fix the Modern Warfare 2 Display Name Not Allowed Bug?