Daedalic Entertainment and Nacon are set to release the newest Lord of the Rings game installment, titled Lord of the Rings: Gollum, and it is rumored to be somewhere during the first half of 2023. The exact ETA is yet to be announced, but according to a recent press release document from Nacon, LOTR: Gollum is marked as the next anticipated launch for 2023 – 2024. 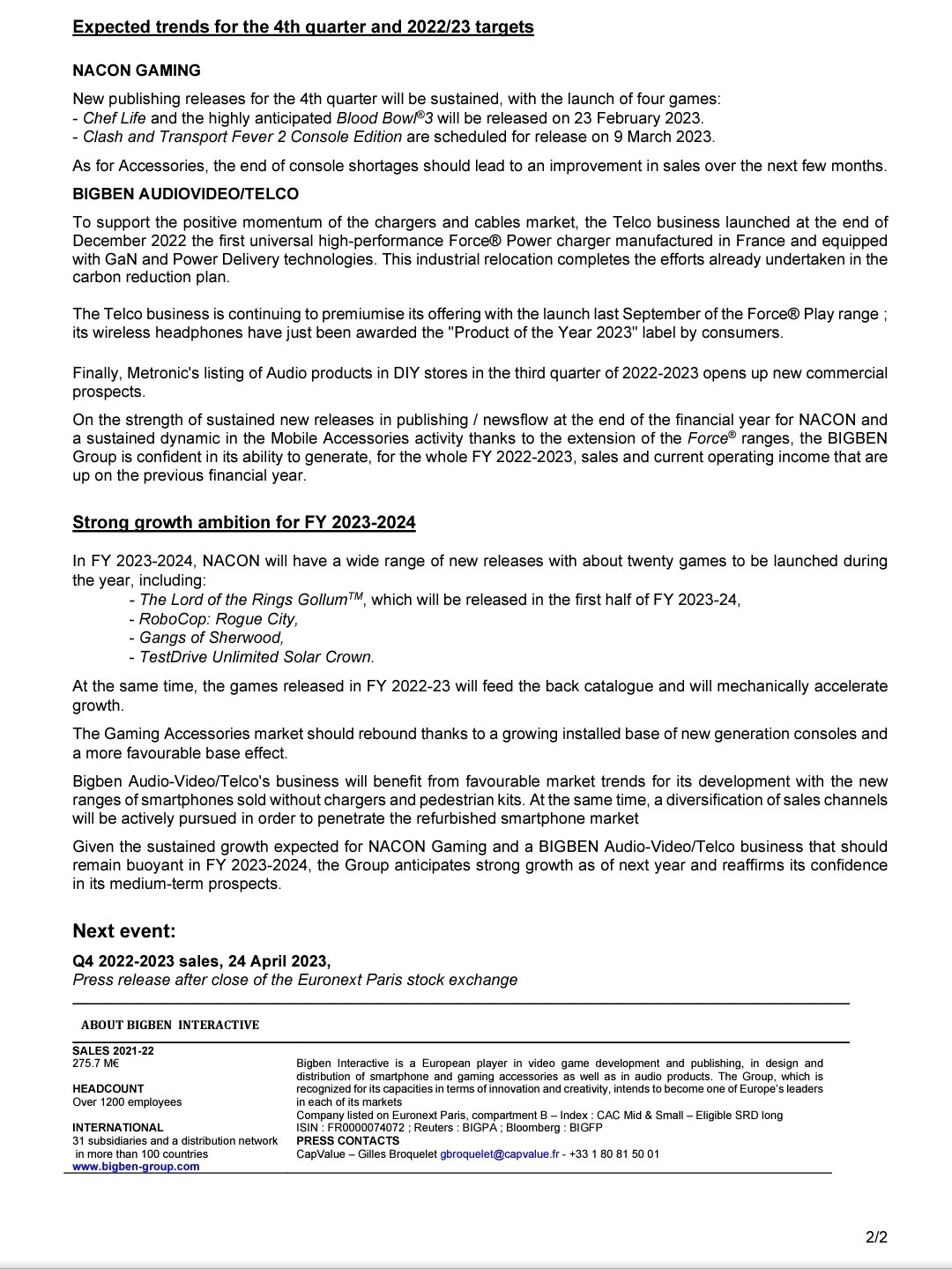 After the recent acquisition of Daedalic by Nacon, the pair will be putting out various new game titles under their banner. According to the above document, the next recent releases in line will be Chef Life, Blood Bowl 3, and Clash and Transport Fever 2 Console Edition. These will be released for the year 2023, with Chef Life and Blood Bowl 3 on the 23rd of February, and Clash and Transport Fever 2 will be released on the 9th of March.

As for expected game titles for the upcoming months and possibly for the next year, besides Lord of the Rings: Gollum, players can also look forward to RoboCop: Rouge City, Gangs of Sherwood, and TestDrive Unlimited Solar Crown. The ETA for the above games are yet to be announced.

Lord of the Rings: Gollum will be available for play across all platforms, which include Xbox Series X|S, Xbox One, PlayStation 4, PlayStation 5, PC, and the Nintendo Switch. The storyline will follow Gollum’s adventure between the timeline of The Hobbit and the Lord of the Rings. It is said to be an action-adventure RPG, with the first look of the game already out. This post will be updated once the release date is announced.

If you like this post you can check out our other articles like GEARS ULTIMATE COLLECTION AND GEARS 6 LOGO LEAKED and JOB LISTING HINTS MULTIPLAYER ELEMENT IN UPCOMING STAR WARS JEDI: SURVIVOR

She holds two degrees in media. She can draw, sketch, and is somewhat good at graphics and animation. She can also write, and, the best part, make instant noodles at 1 minute 59 seconds. Currently, she’s exploring the world of Teyvat. Other times she likes to read books, watch anime, and take long walks to the fridge and back.

How to Craft Wiggenweld Potion in Hogwarts...

How to Get and Use Shrivelfig in...

How to Fix Hogwarts Legacy Robotic and...

How to Craft Wiggenweld Potion in Hogwarts Legacy

How to Craft Wiggenweld Potion in Hogwarts Legacy