Splatoon 3 – How to Use Splatana

A new weapon release brings a lot of excitement among the player base and curiosity. Want to learn more about how to play this new weapon and get good at using it? Let us tell you how.

While in the first place, it might appear as a mere melee weapon, players better not underestimate it because first impressions can often be deceiving, and Splatana has quite the range. On pressing ZR, the player’s character will swipe left and right, resulting in horizontal ink splashes in front of them. If you want to make the most out of this weapon and utilize its range properly, remember to keep aiming further up rather than just the ground right ahead.

On holding down ZR, the inking or Octoling will boost up a vertical hit that can travel a long distance and take out any enemy in one hit. However, to execute this, a player needs to be very accurate, and on failing, they will be vulnerable to counterattacks. So we advise you to practice well first.

The easiest way to cover ground quickly and put out as much ink as possible is by using horizontal slashes with no enemies nearby. If you spot enemies at a medium distance from you, then you can charge up your vertical strike and take them out when they least expect it.

Something amazing about this new weapon Splatana is that it does not run out of ink quickly.

This is an advantage as it can help you outlast your opponents on the battlefield, who will need to go to Swim Form to get a refill on ink. However, if the enemy has a stronger weapon, do not try to drag out fights with them.

With these basic tips, you should be set up to go on and try this yourself in a game. 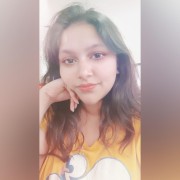 Sreemoyee
I'm a law graduate. I also like to play games and write some in my free time. I'm a kpop fan and like collecting random pretty stuff.
Previous

All About Table Turfbattle in Splatoon 3