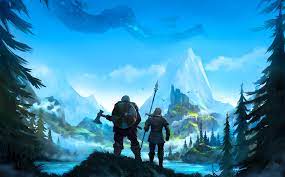 Valheim is an upcoming survival sandbox game that has been released on early access in 2021. Players have been able to try out the much-awaited title from Swedish developer Iron Gate Studio, and have shared their feedback for the same. Some players have complained about the intensity of the number of raids that pillage their base, and would like to completely remove them. This is much like a creative mode that is not available in the game yet, but there is a workaround. This guide will take you through the process of how to disable raids in Valheim.

How to Turn Off Raids in Valheim

Players begin to play Valheim in a third-person perspective, and they will be able to craft items and build their shelters. Some of the more creative players might get caught up in the building aspect of the game and want to continue growing their base. However, they are unable to do so because of troll raids which destroy the player’s base unless they can fight them off.

One way to avoid raids is to begin a new game with a new character. However, players might want to continue with what they already have, and this fix is for them. There are some temporary solutions to this problem. You can go into cheat mode and spam the letter K to kill off all the trolls when the raids occur, or you can make a moat between the house and the trolls.

However, the most permanent and simple solution is the following. All you need to do is get into debugmode and use the command “resetkeys”. This will turn raids off forever in your game and you will not have to deal with those trolls anymore. Now, you can make the best shelter of your dreams in Valheim.