Valheim has numerous mobs and one of them are Ghosts usually found in Crypts. Ghosts are usually not encountered outside of dungeons and defeating them is quite simple, given you know their weakness. If you are looking for Ghosts, then the guaranteed location is Black Forest Burial Chambers. These are one of the rare monsters in the game that don’t drop anything, so the only motivation to fight them is to save your life, if that’s motivation enough for you. They are highly aggressive and will need to be defeated when you encounter them. Stick with the post and we will show you how to beat Ghost in Valheim.

While going into a Burial Chamber be prepared mentally to see a ghost. Don’t lose your cool and half the fight is won. To beat the Ghost in Valheim, you should know its weakness. The Ghost is weak to Spirit damage. So, you should equip yourself with a weapon that deals Spirit damage.   The three weapons in the game that deal Spirit damage are Frostner, Silver Sword, and Silver Arrows.

Some of the weapons you should not use against the ghost are elemental weapons that deal Poison damage. The Ghost is totally immune to Poison attacks, so the Draugr Fang and Poison Arrow will be useless here.

The Ghost also has resistance to weapons that deal Blunt, Slash, and Pierce. So, basically all weapons in Valheim are useless against the Ghost except weapons made of Fire. While, you can still beat the Ghosts with these weapons, the process can be arduous.

So, to beat the Ghost in Valheim, you need to arm yourself with either the Frostner, Silver Sword, or Silver Arrows. If you cannot get these weapons with Spirit damage, the second-best option is elemental weapons made of Fire such as the Fire Arrows.

You can refer to the linked guide to know more about how to craft the various weapons that you need to defeat the Ghost in Valheim.

As we mentioned earlier, there is no drop from these mobs. They are a hurdle when you visit the Burial Chambers and to get to the loot you will have to battle and defeat them. They don’t take very long to beat and once you have the right weapons, they are nothing more than a nuisance.

That’s all we have in this guide, check out the game category for more helpful guides. 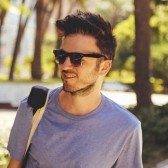 I am an avid gamer who loves to write about games. I started gaming with a copy of Call of Duty 4: Modern Warfare. Since then, I have fallen in love with games with a particular inclination towards Call of Duty titles.