Most Wanted Contract Challenge was introduced earlier this year in Call of Duty Warzone. But Activision had to take them out that time, only to introduce them later again. With this challenge now available, players are keen to take up the three Most Wanted Contracts completion which will eventually help them to unlock the new Stitch Operator in the game. However, many players are experiencing trouble regarding their progress tracked. They complete the challenge but it doesn’t update the challenge progress and this has been surely demotivating and frustrating fans. Stick around to read all about the Warzone Most Wanted Contract Challenge bug.

It is basically a high risk, high reward game where players will have to go through some tough challenges to survive. But players all around have been facing issues that progress is not being tracked for these challenges. Players reported that they picked up a Most Wanted contract and win the matches but it still does not increase the challenge progress.

Fans of the game have been ranting about the bug online on several forums (Activision Community Forum, Reddit) but no official reply from Activision in the form of a new patch or otherwise has been communicated yet. Due to this problem, players have been not able to claim the Stitch Operator Challenge.

There have been several issues in Call of Duty Modern Warfare currently cropping up all around. And Activision sure needs to take them on one by one before the list piles up to the roof.

Call of Duty Modern Warfare has experienced multiple bugs post its release. Another one that we covered in a recent post goes by the name Dev Error 5573. Here the players Activision account seems to have been subjected to an error where the code 5573 causes major problems during online multiplayer and crashes the game. 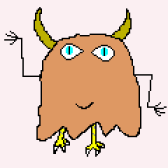