If you are playing Modern Warfare 2 and searching for a hard-hitting assault rifle, STB 556 will be your best option. This rifle works excellent for both mid-range and long-range firefights. As a modular assault rifle, STB 556 can be one of the best guns in the game, with the right attachments. However, the game’s new gunsmith is a bit confusing. Therefore, we will help you out with everything that you need to know.

What are the Best Modern Warfare 2 STB 556 Loadouts?

The STB 556 is a featured weapon in Call of Duty Modern Warfare 2. In this game, it is one of the assault rifles. This weapon was released in the game with the game’s launch on 28 October. The design of STB 556 is based on the real-life gun AUG A3. This weapon is part of the Bruen Bullpup Platform. The best attachment loadout for STB 556 are;

The Harbinger D20 is one of the best silencers that decrease the STB 556’s recoil and increase the bullet velocity and the range of the weapon. You will get great gun control by pairing the rifle with the 24.4” Bruen S-620 Barrel. The recoil will be highly controllable, and you can hit the enemies in the head from a distance of 30 meters or more.

The VX Pineapple Underbarrel attachment is optional for its hip-fire accuracy. But this loadout enhances the recoil steadiness of the weapon. This loadout turns the STB 556 into a laser-accurate rifle. All these loadouts add a little weight to the gun. So, you can handle the gun with the FTAC C11 Riser Comb that enhances your ADS and Sprint To Fire speeds.

Among these selected Perks, Scavenger help players to have a stable ammo stock as it helps them to get ammo from dead players. Bomb Squad is helpful to avoid damages from Killstreaks. Players will be resistant to Killstreak when this Perk is active. Finally, High Alert helps you avoid being caught off-guard by enemies.

What are the Best Attachments for Modern Warfare STB 556?

Here the FTAC FB20 barrel improves the range, damage, and recoil control of the STB 556. It also enhances the high-velocity rounds that ensure minimum damage drop-off. We already mentioned that the FTAC C11 Riser provides a slight boost and instantly lets you react to a target. The Cronen Mini Pro delivers a crystal clear view of the action. Overall, it is clear that this set of attachments works excellently for STB 556.

However, players generally have their unique playing styles, so maybe this list of attachment loadout doesn’t suit all. If you find these attachments are not proper for you, try out other attachments and find the best for you. 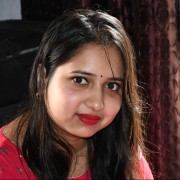